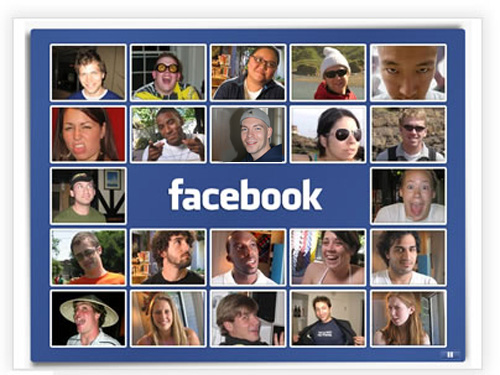 My Doctor of Ministry work is in missional outreach. And a significant part of this paper is on the use of social networking to reach people for Christ, both the old fashioned, "real world" networking and online social networking. I want to address the latter in this post, though both are intertwined.

There are several elements to effectively using Facebook (or Facebook type sites) to seek the lost online.

What do you think of these ideas? What additional ideas do you have of how to use Facebook and online social networking to reach out? Which of the above is the most and least missional?

See the following sources:
Campbell, Heidi. Exploring Religious Community Online: We Are One in the Network. New York: P. Lang, 2005, 39-40.

Stone, Bryan P. Evangelism after Christendom: The Theology and Practice of Christian Witness. Grand Rapids, MI: Brazos, 2007, 194-95. One of the twelve strategies Brian McLaren gives for reaching postmoderns is to talk about faith. He says that faith was an “embarrassment” in the modern world, but it is a “way of life” for postmoderns. Brian D. McLaren, The Church on the Other Side: Doing Ministry in the Postmodern Matrix (Grand Rapids, MI: Zondervan, 2000), 175.

Kinnaman’s research of non-Christian young adults shows that they view Christians to be hypocritical, judgmental, and anti-homosexual, which at the least poses a major public relations problem for the Church. Kinnaman and Lyons. Kinnaman, David, and Gabe Lyons. Unchristian: What a New Generation Really Thinks About Christianity--and Why It Matters. Grand Rapids, MI: Baker Books, 2007, 136-162.

Leonard I. Sweet, Post-Modern Pilgrims: First Century Passion for the 21st Century World (Nashville, TN: Broadman & Holman, 2000), 91-95. Shane Hipps explains how the shift to a print based culture through the printing press contributed highly to modernism, leading to individualism, the myth of objectivity, and linear, rational thinking. See Hipps, The Hidden Power of Electronic Culture, 53-61.

Heath White states that “emotion and the vehicles that produce it, like pictures, films, stories, plays, and poems, are not necessarily any less reliable, and are possibly more powerful, than logic and its vehicles.” See White, 82. Robert Webber contends that the “primary way of communicating faith is through a combination of oral, visual, and print forms of participatory immersed communication.” See Webber, The Younger Evangelicals, 65. Neil Livingstone’s work is devoted to showing the presence and power of gospel images in the Scriptures. Neil Livingstone, Picturing the Gospel: Tapping the Power of the Bible's Imagery (Downers Grove, IL: InterVarsity Press, 2007).

It should be noted that the use of the term “friend” on Facebook is quite generous. In the real world, anyone claiming to have three hundred, seven hundred, or thousands of friends (as is often found on Facebook) would obviously have a definition of friendship that is different from the norm. Sociologists have theorized that people can have some type of relationship with up to perhaps one hundred fifty people (called Dunbar’s number). Matthew Fraser and Soumitra Dutta, Throwing Sheep in the Boardroom: How Online Social Networking Will Transform Your Life, Work, and World (Hoboken, NJ: Wiley, 2008), 48.

Being “friended” by total strangers is much more likely on MySpace than on Facebook; however, this random friending has been one of several factors that has led many young people to migrate from MySpace to Facebook as their social network of choice. S. Craig Watkins, The Young and the Digital: What the Migration to Social-Network Sites, Games, and Anytime, Anywhere Media Means for Our Future (Boston, MA: Beacon Press, 2009), 62, 75-101.

The potential for these connections to reach people should not be underestimated. For instance, contrary to popular thought, most jobs are not obtained by direct connections, but by friends of friends (also referred to as “weak ties” or one’s “extended network”). Furthermore, 83 percent of online users trust the online recommendations of friends and acquaintances, and more than half trust the recommendations of strangers. Li, Charlene, and Josh Bernoff. Groundswell: Winning in a World Transformed by Social Technologies. Boston, MA: Harvard Business Press, 2008, 102. It should also be noted that younger generations do not view these extended relationships as “shallow” or “inauthentic.” Fraser, Matthew, and Soumitra Dutta. Throwing Sheep in the Boardroom: How Online Social Networking Will Transform Your Life, Work, and World. Hoboken, NJ: Wiley, 2008, 56.

Comment by James Nored on November 7, 2011 at 3:28pm
Here is a link to a different but somewhat related article, Connecting with the Digital Generation in Worship.

Comment by James Nored on November 7, 2011 at 2:35pm
I posted this message last night: "Does anyone have any unchurched family or friends who might be interested in going through the Story of Redemption? This is an 8 week small group Bible study that tells the overall story of the Bible. The Story of Redemption is specifically written for those who are seeking God, and it assumes no prior Bible knowledge or church background. Please let me know!"

I received several replies of people that were interested. Most were people confirming that I already knew about. But I received one message from someone in McKinney that I had friended saying that she and a friend were interested. I'm not sure where I first came into online contact with her. I added them all to a Facebook group already to get them excited, learn more about the study, coordinate schedules, and get them to know one another a bit.

Comment by James Nored on November 7, 2011 at 2:31pm
One thing to remember about Facebook--it is primarily mean to be social, not a broadcast medium. This means interacting with people! Interaction is usually far more effective than broadcasting.