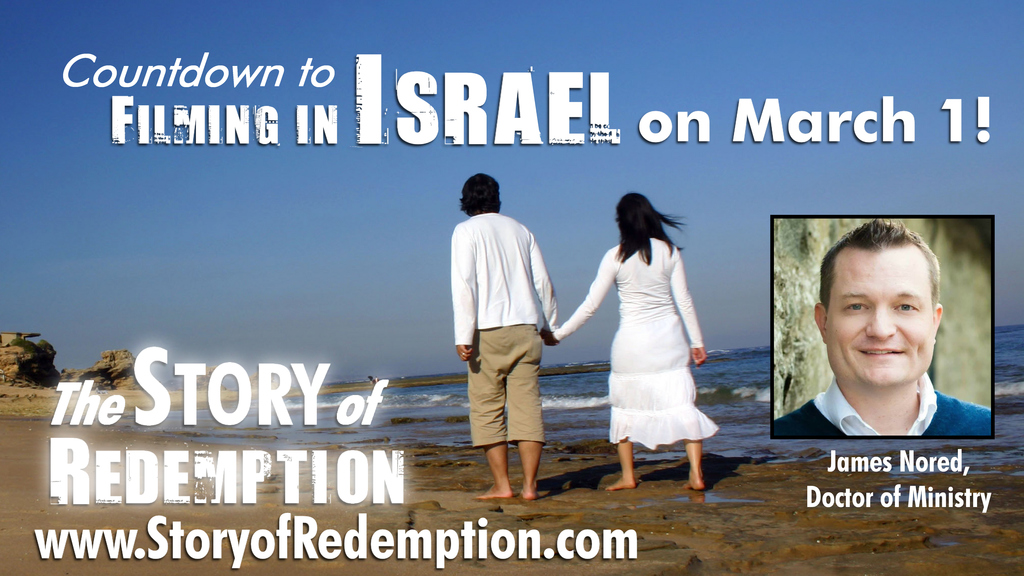 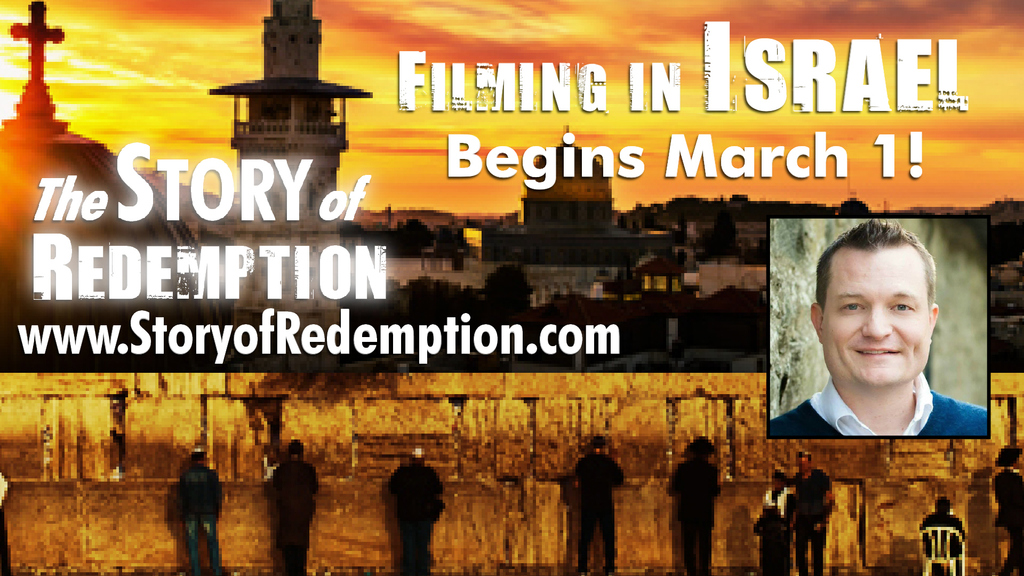 On March 1, I leave for three weeks to go to Israel to film the Story of Redemption, and I am just thrilled. I began writing the Story of Redemption as an evangelistic Bible study series some ten years ago when I was in Liberty, Missouri (Kansas City suburb) serving as a minister at the Liberty Church of Christ.

During that time we were reaching out and encountering a number of unchurched and dechurched people who had little to no Bible background. I looked around for material that I could use to help tell the overall story of God and salvation, and what I found was outdated, poorly written and designed, not culturally relevant, and assumed the gospel story, rather than told it.

So I wrote the Story of Redemption for today's unchurched, postmodern culture and have used this tool and trained others to use it to lead people to faith in Christ. It has been re-written, updated, and redesigned several times, as I have sought to keep this study current and relevant. It is currently being used across the country, and indeed, around the world, which has been so wonderful to see--because of course, it is God's story, and when actually told in a current way is very, very powerful.

As most of my friends know, I began getting into video production a number of years ago. It began again in Liberty, Missouri, with Kevin Ruth (one of the members there, a great guy, and a good friend) and I using simple cameras and software to tell some powerful stories of people who had come to faith - people like Kim and her family who were brought to faith through Christian friends Tim and Tammy. I can remember the church huddled around to hear these powerful stories of God at work with excitement.

Then, when I moved to the Dallas area in McKinney, I met Clint Loveness, a true video professional and a great friend who at that time was on staff at the Highland Oaks Church of Christ as their video minister and more. Clint started filming our conversion and outreach stories for High Pointe, and so we worked together for several years. Clint then began working at RightNow Media, a Christian film company, as a video editor / producer. I have shared stories with Clint of God at work in various congregations in which I have served, which he has been able to share, and he has helped film many of these stories.everything

Along the way, I learned video production, filming, and editing from Clint--he taught me everything that I know--and even studied aspects of video production and storytelling as part of my communication, culture, and evangelism training for my doctoral work at Fuller.

It has been great here in Washington, D.C., to see many people come to faith through the Story of Redemption, particularly in the international community through FriendSpeak and ESL, thanks to wonderful people like Jerri Harrington and her great FriendSpeak/ESL team.

I am just thrilled that in March, Clint and I will be traveling to film most of the rest of the Story of Redemption series. (You can see the style in the introductory video above that Clint and I filmed at Malibu.) This will hopefully be a fantastic tool to share the gospel, as well as a video series that Christians will love and enjoy as well. This will be a part of hopefully a larger body of Christian teaching and film production that I will be doing as part of my ministry. Joining us on this trip will be Tim Brinley, a fantastic and experienced tour guide, as well as one of Tim's friend, Scott Tiner, who will be serving as a production assistant for us.

So, if you can, please be praying for us about this trip--for the preparation, for our safety, for funding that I am raising for the trip and this ministry--and that God blesses this ministry to help lead others to Christ and encourage/inspire Christians! I plan on blogging hopefully each day, telling you about a different place that we will be filming in the Holy Lands and the part of the story that we will be telling. Thank you!

What sites would you want to see in Israel? How can we better use media today to share the gospel?