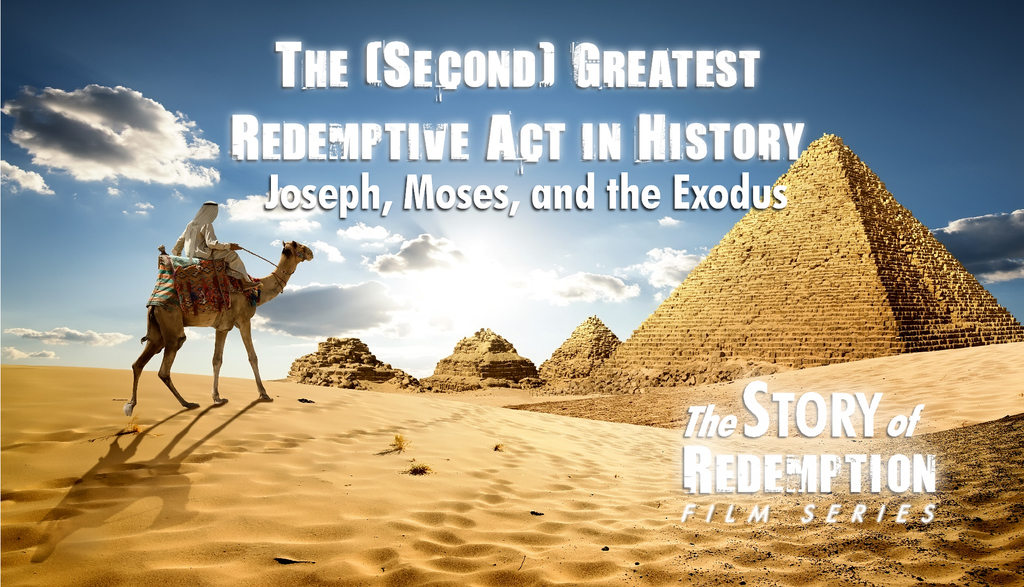 The Exodus of the nation of Israel from Egypt, where they were enslaved, was the greatest redemptive act in all of the Hebrew Bible, the Old Testament. But how did they get there? Why were they slaves? And how and why did God redeem them? In the answers to these questions lies one of the most incredible stories ever told--a story on a cosmic scale, with kings and gods. Pharaohs. Joseph. Moses. The parting of the Red Sea and the Ten Commandments. And through all of this, God would redeem Israel, and point to the ultimate redemption still to come in Jesus Christ.

Abraham had a son named Isaac, who had a son named Jacob. And Jacob would come to be known as Israel, which means, “he who wrestles with God.” Jacob would have twelve sons, from which would come the twelve tribes of Israel. Joseph was one of those twelve sons, and he would have his own story of redemption--after many years of suffering, which was caused by his own brothers, who hated him.

2b . . . Joseph, a young man of seventeen, was tending the flocks with his brothers . . . and he brought their father a bad report about them.

3 Now Israel loved Joseph more than any of his other sons, because he had been born to him in his old age; and he made an ornate robe for him. 4 When his brothers saw that their father loved him more than any of them, they hated him and could not speak a kind word to him (Genesis 37:2f).

Joseph was hated by his brothers even more (and even his father and mother were incredulous) when God gave him dreams that they would one day come and bow down to him! This was too much for his brothers, and soon they would cause Joseph’s life to go down a miserable, totally unjust path.

Joseph’s brothers they threw him into a pit--intending to kill him--when Joseph’s oldest brother intervened, and they sold him into slavery.

Joseph was bought as a slave by Potiphar, one of the Pharaoh's officials (39:1f). And God blessed him, and Potiphar notes this, so that “Joseph found favor in his eyes” (39:4) and put him in charge of his household. But when Joseph, who was handsome, refused to commit adultery with Potiphar’s wife, she falsely accused him of accosting her.

Joseph ended up in prison, where he correctly interpreted the dreams of two disgraced officials--a baker and a cupbearer, telling them their fate (40:1f). The baker was beheaded. The cupbearer was restored to Pharaoh’s service and promised to remember Joseph. But he was forgotten by the one whom he helped. He was left alone, in a prison. 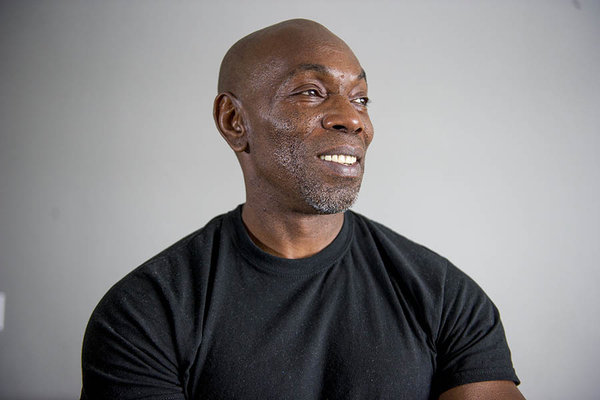 Ricky Jackson, like Joseph, was Falsely Accused and Spent 39 Years in Prison

Ricky Jackson was an 18 year old kid who was the oldest of five kids. He was not a perfect kid, but he wanted to serve - even signing up as a Marine when he was 17. He had health issues, which required him to be released but with an honorable discharge.

His life would forever change one day when there was an armed robbery in his local neighborhood. A man who came to collect money at the store was beaten with a pipe, sprayed with battery acid, and was shot and killed.

When the police arrived, they asked if anyone had seen the murder. And for some reason, Eddie Vernon, a twelve year old kid, said that he had witnessed the murder, perhaps for attention. Only he had not.

The police kept prodding him to identify someone as the killer. Wanting a culprit and someone to prosecute, they began feeding him details of the case. They took him out on joy rides in cop cars with the sirens blazing, fed him burgers, made him feel important. And Eddie Vernon falsely identified and accused Ricky Jackson of the murder.

Despite obvious inconsistencies in the child's testimony and conflicting evidence that he was not present at the scene, Jackson would be convicted of murder and spend 39 years in jail - the longest known incarceration of an innocent person in US history.

Jackson lost his freedom. His family. His reputation. His hopes. His dreams. All were taken from him because a twelve year old kid chose to make up a story.

This must have been close to what Joseph must have felt. Only for Joseph, it was betrayal and hatred by his own family. Brothers fight - but this? And he had been telling his brothers his dreams that God had revealed to him. How was this just? How was this fair? Where was God in all of this? These are questions he must have asked everyday. And when he helps someone in prison, and tells him - hey, remember me when you see the Pharaoh - he must have had a glimmer of hope. But he was once again forgotten.

But God had not forgotten him. And soon his fortunes would be about to change.

Two years later the Pharaoh had dreams that he did not understand, and the cupbearer remembered Joseph (41:1f).

Joseph wisely administrated the food distribution in Egypt, saving food during the years of plenty. And when the years of famine, the land was prepared. And so God used Joseph to save all of Egypt and even beyond.

But there was still the matter of his family--of his brothers who had sold him into slavery, and his father, whom he had not seen in years. And Joseph would have his opportunity for redemption--or revenge--when his own family came to Egypt during the famine for food.

When Joseph’s brothers first came to Egypt, they did not recognize Joseph. And Joseph tested them in many ways, and he must have been an incredible mix of emotions. But he gave them food, took mercy upon them, and finally he revealed himself to them, saying,

“I am your brother Joseph, the one you sold into Egypt! 5 And now, do not be distressed and do not be angry with yourselves for selling me here, because it was to save lives that God sent me ahead of you . . . 7 But God sent me ahead of you to preserve for you a remnant on earth and to save your lives by a great deliverance. 8 “So then, it was not you who sent me here, but God. He made me father to Pharaoh, lord of his entire household and ruler of all Egypt . . . .(45:1f)

20 You intended to harm me, but God intended it for good to accomplish what is now being done, the saving of many lives (50:20).

Joseph suffered greatly in his life, betrayed by his own family, thrown in a pit, falsely accused, thrown in jail, forgotten by those he helped. But Joseph forgave them, and God redeemed him. And through Joseph God saved a “remnant” of Israel--through whom would come the Messiah, who would save the whole world. And Joseph, through his unjust suffering, foreshadowed Christ himself, who through his suffering would redeem the world.

Jacob and his family moved to Egypt during the time of the famine when Joseph was in power, living in the land of Goshen, where they prospered.

While in jail, Ricky Jackson wrote to a group of lawyers that seeks to overturn wrongful convictions. They lawyers and even journalists began investigating his case. A new trial was set  Vernon, the twelve year old kid who had falsely accused him and who was now 52 years old, was wanting to confess. He had been wracked with the guilt for forty years, gotten addicted to drugs and had done time in jail himself. But he was scared to death of being convicted of perjury. But when his minister asked him about it, he finally broke down. And he confessed on the stand that he had lied. And Ricky Jackson walked out of the court room, forty years later, an innocent man.


And after this, Ricky and Vernon met at a church, embraced one another, and Ricky told him, I forgive you.

Life indeed is sometimes harsh and unfair, unjust. But God is always at work in the world, and he can bring about our redemption, whether in this life or the next.