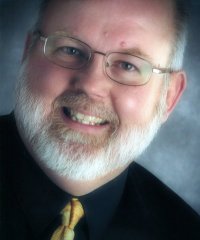 Stanley N. Helton has not received any gifts yet

How did you find out about the Missional Outreach Network?
Through Michael Hanegan

What is your blog?
www.wordpress/snhelton

My name is Stan Helton and I have a rather eclectic background. I grew up in a small Oklahoma town and began my journey with Churches of Christ as a Vacation Bible School kid. After high school, my educational journey would take me to the Preston Road School of Preaching (later, Center for Christian Education and now defunct); here I was introduced to Koine Greek and studied the whole Bible in English. After this I attended Oklahoma Christian College where I continued my work in Greek and earned my BA (1988) in Bible. The following year I entered Abilene Christian University where I served as Carroll Osburn's graduate assistant, working under him on various textual critical projects. I completed an MS (1992) in Doctrinal and Historical Studies (Historical Theology) emphasizing Church History and American Christianity. Under Osburn I had started an MA in NT Greek but at the end of the course work but before the thesis, I switched to the MDiv degree which I finally completed in 1999. After 1992 I left ACU to enter full time ministry in North Carolina, South Carolina, New Orleans and Chicago before entering full time teaching in 2003 at Western Christian College in Regina, Saskatchewan (Canada). I am currently working on my project/thesis for my DMin which will be completed by May 2009. My project/thesis deals with teaching Christian spiritual formation in a college setting.

This is bishop misaki love you very much

Hello Dear,
How is everything with you,I picked interest on you after going through your short profile,I have something very vital to disclose to you,but I found it difficult to express myself here,since it's a public site.Could you please get back to me on(bruno2serra1964@gmail.com)for the full details.
Have a nice day.
thanks
Bruno Serra.

i am very happy to here about you all my family going to pray for your Ministry, May God bless you, Thank you very much

James Nored said…
Hey Stan. It's been awhile. How are you?

James Nored said…
Hey Stan. I'm trying to raise $500 for a table for Genesis Alliance's Benefit Dinner. Genesis Alliance is the #1 group to go to for Latino church planting! In lieu of a MON subscription fee, I'm asking our members to consider donating $10 or more towards this dinner.

Can you help us out with a donation? Click here to read more and donate. I would really appreciate. Thank you!

James Nored said…
Hey Stan. When would be a good time to talk this week?

James Nored said…
Stan, I am really sorry that my week filled up and we did not get a chance to talk. What day works well for you next week? Looking forward to chatting with you soon!

We had a great Missional Outreach Seminar this weekend. John Dobbs from West Monroe, LA, whom I think that you know, came out. That good ole LA connection!

Marvin Crowson said…
Great to link with you. Appreciate your special studies on spiritual formation in college students. I would love to receive reports as you progress with this.

James Nored said…
Stan, it must still be very challenging post-Katrina. I'm sure that you are a great blessing to the church there. We'll look forward to your insightful posts, Stan. Talk with you soon.

Stanley N. Helton said…
Jim, I would love to converse with Christopher. I'm almost ready to get back to actually giving some input to the missional spiritual formation group. Life has been full with the startup here in Louisiana. Post-Katrina realities linger on in some quarters. Churches have had a hard go of it down here; some still have not recovered--ours is one of those. So thanks for the note.