Only 4 Days Until Israel! - THE JERICHO ROAD and TRIUMPHAL ENTRY 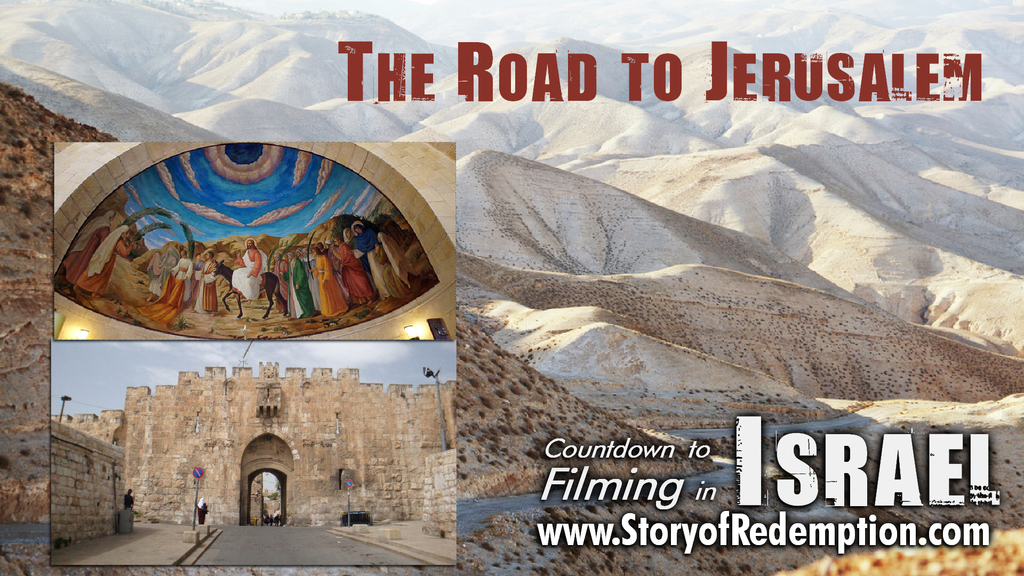 Jesus' journey into Jerusalem from Galilee would take him along the Jordan River down to Jericho. Jericho is one of the oldest cities in the world, and is well below sea level--1800 feet below, making it the lowest city on earth. It is thought that the "Valley of the Shadow of Death" from Psalm 23 was here, on the path between Jerusalem and Jericho on the Jericho Road. It was a dangerous path, inhabited by bandits . . . .


A professor at Harvard Divinity School gave a test to the students in his class called “Christians and Society.” The test was three hours long. It was focus of this test was “Being a Moral Christian in An Immoral Society.” Half way through the test, the professor arranged for a 10-minute break. The students were to leave the room for ten minutes, get fresh air, and then come back and take the last hour and a half of the test. The students were writing as fast and furiously as they could: writing down all their 8 knowledge of morality, what does it mean to be a moral person in an immoral society. But now it was break time and the students went out into the courtyard, where there was ice tea and cookies. When they went outside, the students discovered a man, all beaten up, huddled in a corner. The students looked at him, drank their tea, ate their cookies and said to themselves, “What should we do? Should we help him? But we have this test to take.” All the students went back into the classroom to finish the written part of the test. What they had failed to realize was that this man was also part of their test. The real test. And none of them responded to his need. The professor flunked them all.

Now Jesus would himself face a real live test of this as he was on his way out of Jericho, on to a busy appointment--going to the cross.

29 As Jesus and his disciples were leaving Jericho, a large crowd followed him. 30 Two blind men were sitting by the roadside, and when they heard that Jesus was going by, they shouted, “Lord, Son of David, have mercy on us!”

31 The crowd rebuked them and told them to be quiet, but they shouted all the louder, “Lord, Son of David, have mercy on us!”

32 Jesus stopped and called them. “What do you want me to do for you?”he asked.

34 Jesus had compassion on them and touched their eyes. Immediately they received their sight and followed him.

Jesus "saw" these beggars, had compassion upon them, and took the time to heal them--when everyone else did not have the time or did not care. And for the beggars, they could not physically see when Jesus first came by, but they could see very well spiritually, for they knew that they needed Jesus..

The Jericho Road was normally a dangerous road, but it would have been safe at this time, as Jesus was going with a large crowd on his way to Jerusalem in the days before the Passover. And over the 18 miles between Jericho and Jerusalem, the elevation rises to over 2500 ft--fitting symbolism for going "up" to worship God.

They could not physically see, but they good see very well spiritually. At Bethpage, tells disciples to get donkey, fulfilling Zechariah's prophecy that the Messiah would come riding into Jerusalem triumphantly on a donkey (see artwork of Triumphal Entry below from Bethpage Church) As Jesus overlooks Jerusalem (commemorated at Dominus Flevil church), he weeps, for he knows that they have a long history of not "seeing" what God wants them to see--rejecting the prophets, and soon, rejecting him (Lk. 19:41-44).

Jesus enters Jersualem through the Golden Gate—which is now closed—so we will go through the Iron Gate.

The crowds saw Jesus--and praised him--but did not really "see" him for who he was and what he came to do. They were looking for a conquering, earthly king. He came to Jerusalem to die and save the world.

This same crowd would later be chanting, Crucify him in just a few days.

How do you see Jesus?

Thanks, Mary! Yes, 1800 miles would be really far below. I have corrected to 1800 ft. Glad that you have enjoyed the series!

Very interesting.  I have enjoyed this series.  PS I think Jericho is 1800 feet, not miles, below sea level. :-)